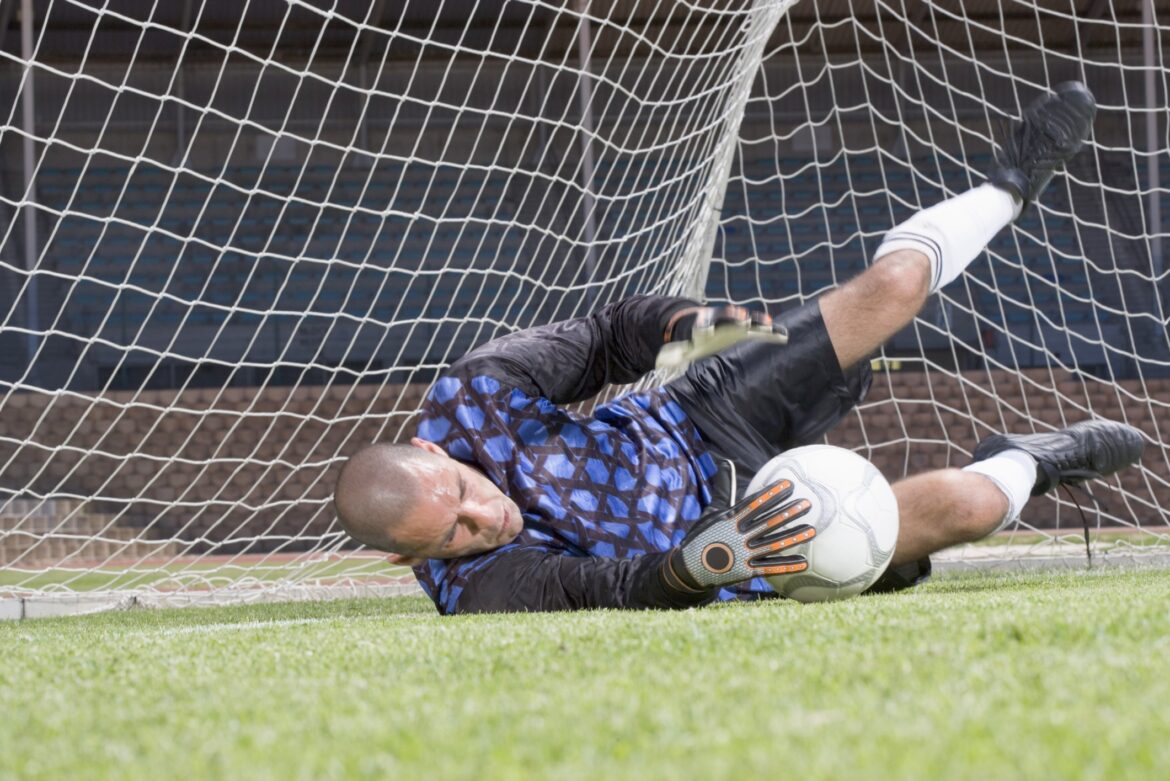 The goalkeeper is the last line of defense on their soccer team. It is the most unique and by far the most important position in the great game. Sometimes this position is called the goalie, keeper or you’ll read it as simply GK.

The goalkeeper is the one position in soccer that has many different rules. The biggest difference with a keeper is that they can touch the ball with their hands inside the 18 yard box or better known as the penalty area of the field..

Lots of people may think that the goalkeeper doesn’t need to be athletic, but this is far from being true. Often the keeper is the strongest and best athlete on the team.

The goalkeeper since 1992 needs superior ball skills even with their feet. The goalie needs to be very quick in breaking away outside of their 18 yard box, so very much athletic, and “yes” they certainly need to have great hands. Goalies also need to be “Game-Smart”, brave, and tough-resistant.

Goalies need to have secure and solid hands. Goalkeepers use Goalkeeper Gloves that are specifically made by many brands for them, these gloves are made out of latex and are very sticky, thus to give the keeper a better grip of the ball when reaching out for a catch.

Keepers need to practice catching all types of balls, high, low and diagonal. They train over and over again because even the slightest mistake due to a strange bounce of the ball can cost the team a goal, the game and maybe even the season.

A goalie is not there just to stop the ball from entering the goal but they need to communicate with their defenders. Keep in mind that the goalie has the best view of the entire field, they will always call out unmarked opponents or warn defenders of another player approaching. The GK is the director of the whole team, they are the coach on the field and they’re always in charge of the defense in front of them.

Like we’ve already stated, Goalkeepers need to be mentally strong. If a goal is scored on them, they need to react and push the team not to make the same mistake again and keep playing their best.